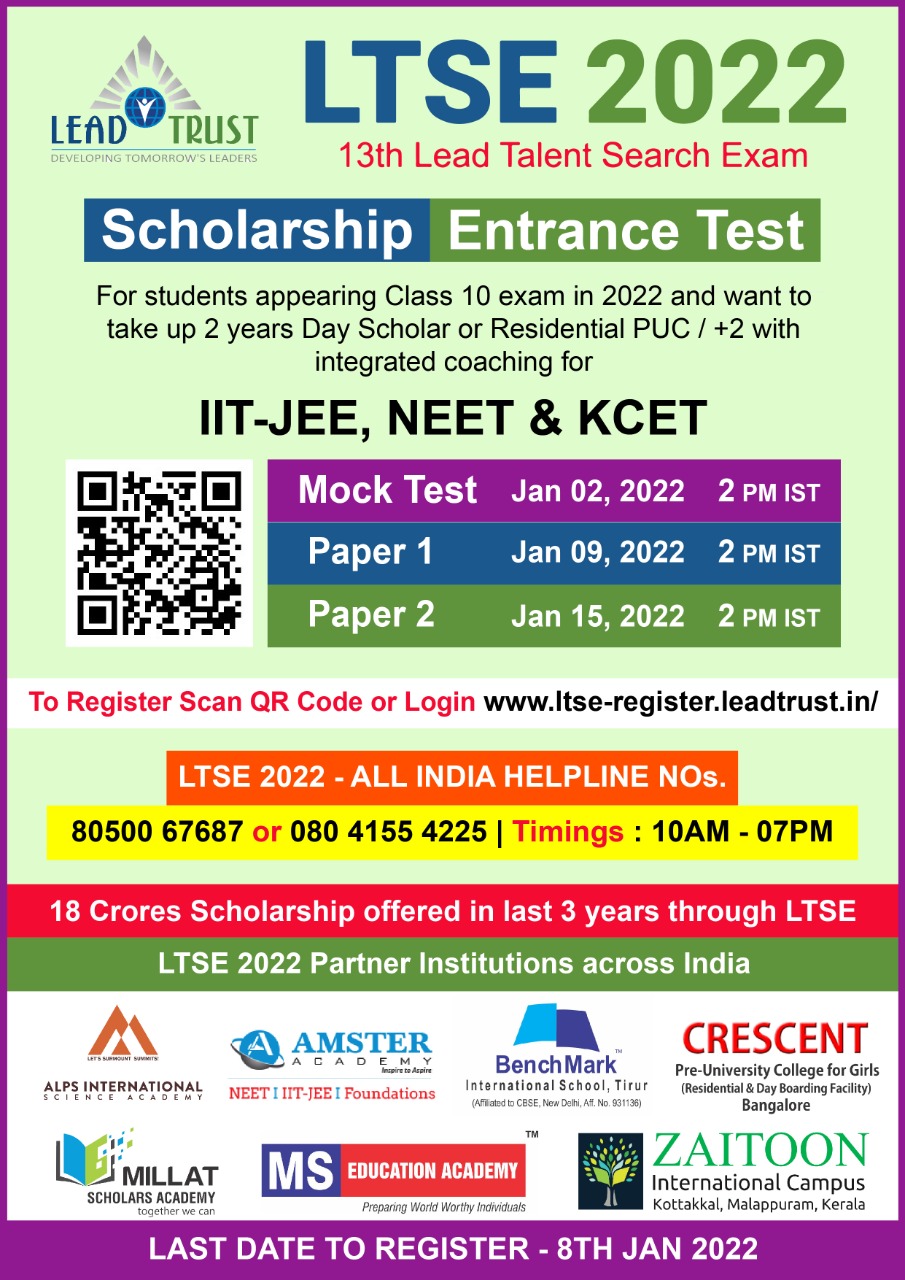 Lead trust has finalized the exam dates for LTSE 2022. You can write one or both of the tests. Best score from the two will be used for your ranking. Students can also attempt the Mock test before the final exams.

Power of accommodation, Defects of vision and their correction, Refraction of light through a Prism, Dispersion of white light by a glass prism, Atmospheric Refraction, Scattering of light

Universal law of gravitation, force of gravitation of the earth (gravity), acceleration due to gravity; mass and weight; free fall.

Work done by a force, energy, power; kinetic and potential energy; law of conservation of energy.

Production of sound, oscillation, pitch, time period, amplitude, frequency, loudness, audible and inaudible sounds, medium of propagation nature of sound and its propagation in various media, speed of sound, range of hearing in humans; ultrasound; the reflection of sound; echo and sonar structure of the human ear (auditory aspect only)

All of the syllabus from class 9 is present. For class 10, only the syllabus mentioned below is what will be asked in the exam.

Their definitions in terms of furnishing of H+ and OH- ions, General properties, examples and uses, concept of pH scale (Definition relating to logarithm not required), importance of pH in everyday life; preparation and uses of Sodium Hydroxide, Bleaching powder, Baking soda, Washing soda and Plaster of Paris.

Properties of metals and non-metals; Reactivity series; Formation and properties of ionic compounds.

Questions will be based on simple Aptitude, Analytical Skills and Logical puzzles, such as those based on Timer, Compass, Relationships, Set Theory, Alphabet and Number Test, Ranking, Arrangements, Missing Characters/images, etc

Here’re some good resources for preparation: